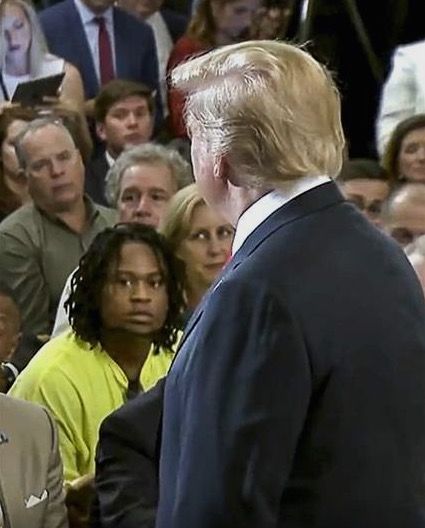 A Toledo tradesman was a guest at the White House Thursday, where President Trump signed an executive order focused on workforce development.

The United Brotherhood of Carpenters presented to the president a plan to hire 50,000 carpenters nationwide over the next five years.

This workforce development initiative is meant to build the economy with skilled American workers.

Joining the trades is an alternative to college for many of those who are trying to figure out the next step in life. Not to mention, rather than getting into debt going to school, these men and women get paid to train, and are regularly given raises.

Townsend mentioned that training has continuously improved over the years, and he looks forward to the future. He also said that this is not a dead-end job, rather, one with limitless growth potential. In fact, the company's current president is a carpenter by trade as well.

College credits can also be earned as part of this program if the participant wants to use them in the future.

Recent Whitmer High School graduate, Ricky Estis, received a personal invitation to the event after being featured in a video that captured the attention of U.S. Secretary of Labor, R. Alexander Acosta.

Estis is currently a carpenter apprentice with Toledo-based contractor OCP and is quickly advancing in his skill development.

"Honestly, I want to become a project manager for OCP, so I'm going to keep climbing the ladder until I get there, and from there, Lord knows where I'll go," said Estis.

There was a total of 23 companies that joined President Trump and his adviser, daughter, Ivanka Trump, to launch "Our Pledge to America's Workers" and committed to creating a minimum of 3.8 million jobs and career opportunities for students and workers.

Walmart, FedEx, and Home Depot were among those present. Just today, Boeing has committed to be a part of this program as well.

"It has been an amazing honor to meet with men and women across our nation who helped build our cities, pioneer new industries, and start businesses with little more than their grit and imagination," said Ivanka.

"It's important for our young people, in high school, to know that they don't have to go to college, or be forced to be in college. They can learn a trade and make a good living. A lot of people, like in the pipe fitters make more than average lawyers that go to school and go in debt, and then have to climb out of debt. You can get educated this way and make money instead of spending money," said Estis.

OCP and other local contractors are searching for more employees like Ricky. Currently, the company is looking for 4-5 people to start new apprenticeships.